The picture below shows the damaging effects that ethanol has on fuel tanks: 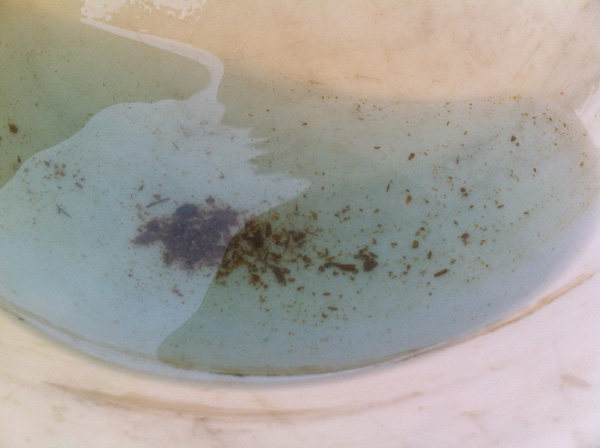 The test was performed by adding a 92 octane (Ethanol Blended Fuel) to a 2002 / 24 ft SeaRay Sundancer fuel tank that had never used an ethanol blended fuel before. After adding the blended fuel, the boat was ran for six hours over a three day period.  The fuel line was then pulled from the tank and the the tank was drained.